With my job I have traveled across India for several years. Four years ago, my first tip took me across some villages in the state of Bihar, a state dreaded by many due to its perceived lawlessness and lack of development. My target was to understand the electricity use and demand patterns of the rural population in our project areas. Armed with a set of questions and a camera, I reached the study area. 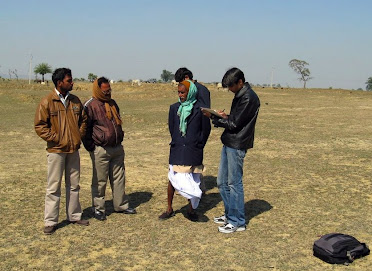 I had several critical questions in my armour. Two with relevance to this discussion were:
It felt very strange being repeatedly laughed at after asking these questions. The eyes of my respondent seemed to question my awareness and knowledge. However, after thinking about the question for a few moments they answered.

The answer that I got repeatedly for the first question was,

The common answer to the second question was

'please dont ask how many hours per day, its difficult to answer. Instead we can tell you the number of hours per week.'

And the answers were similar, 8-10 hours or less per week.

Being from the same state, I was somewhat aware of the prevailing situation, still I was taken aback by the enormity of the problem. The situation seemed dreadful. For these innocent farmers, whose crops were rain fed, a bad monsoon meant taking loans to hire expensive diesel pumps for irrigation. This ment loss of whatever small profits they made out of agriculture.

This patterns seems to repeat itself in several parts of India and the inter-play of several factors (to be discussed in subsequent posts) seems to make the issue of 'energy access' very complex. It seems that focus on solutions for 'energy access' is the need of the hour.