A few weeks ago, the people of India were gifted with one of the steepest hike in petrol prices; a hike of about Rs 7.5. This came as a surprise to many while some commentators argued that this was a natural hike. While the Indian people have been quietly protesting (in their drawing rooms) the continuous hike in petrol prices that came after its deregulation in 2010, this time the protest was much more vocal due to the steepness of the hike. 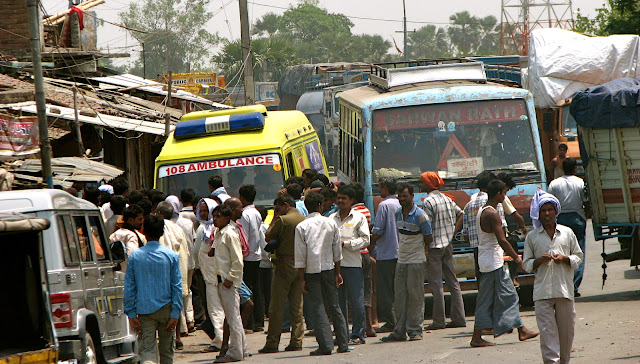 While the government has pointed out that this sudden rise in prices has come due to the rising global crude prices, several commentators have argued that the government forced itself in a corner. It is being argued, that this rise in prices could have been brought slowly and subsequently but the government (or should we say the ruling party) did not do this due to the high stakes in some of the impending state elections, namely Uttar Pradesh, Uttrarakhand, Goa and Punjab. As we all know, Congress, the biggest party of the ruling alliance (UPA) in India lost heavely in the UP elections. Ultimately the loss in the UP elections and the falling government credibility (and perception) has resulted in a case of maya mili na ram (neither worldly pleasure nor heavenly) for the government.


The issue of petrol price rise has been heavily criticised by not only the opposition parties, but also the ruling parties. It makes sense when the opposition parties criticise such moves but the protest by the ruling alliance partners including the Congress is baffling. How do we explain this? This is a part of the contemporary protest politics. Commentators suggest that some leaders of the ruling coalition like the defence minister, Mr. Antony are protesting (or criticising) the petrol price rise due to the stakes in their own parliamentary constituencies. Mr. Antony said it (petrol price rise) was "not a correct step" while campaigning for a state assembly by-elections in his parliamentary constituency. So, while the people were not eased into the petrol price rise (by a slow and subsequent rise) due to one impending state election, they are now probably being misled due to stakes in another state election. The ruling party itself has expressed displeasure over the price rise, pointing out that post deregulation, the government has not control over the petrol prices. It has also pointed out that the petrol prices are dictated by the global crude prices and the Indian oil companies are independent to raise the prices accordingly. However, those who understand the functioning of the Indian regime argue that on the empirical level the fuel prices can not be raised by the oil companies without the government approval and the government doesn't raise prices without a discussion in the cabinet (of which Mr. Antony is a prominent part). So, this idea of protest from within the ruling alliance seems like a case of the 'good cop, bad cop'. On the one hand the prices are raised by the government, a part of the same government protests the move to in-cash public emotions in short term. This may also be an idea to balance good economics and good politics.


The same gameplay is being adopted by the other parties like the DMK and TMC, who are a part of the current ruling regime of India. In fact, DMK, a regional party from Tamil Nadu threatened to quit the government (only to make a U-turn later) over the petrol prices. Similarly, the TMC, another regional party, from West Bengal carried out protest marches in Calcutta led by its leader Mamata Banerjee (who till recently was the railway minister only to be replaced by another party many when she took over as the Chief Minister of West Bengal in a government which is a partnership between the TMC and the Congress). Mamata stressed that "it (the price rise) is unjust, unilateral and not right". Note the word 'unilateral'. Again, this very much seems like the game of 'good cop, bad cop'.

It seems like this multi-party, multi-level, multi-regime governance system in India has given much convenience to the political parties in this gameplay. The political parties while staying in power in the central regime conveniently choose to criticise and oppose the central regime at the state level or regional level. It may also be argued that the diverse nature of the country and the diverse issues at stake in different regions also make it convenient for the political parties to play around. This is one part of the protest politics in India. The other part of this protest politics is the protest by the parties which may not be in the central regime but are parts of several state regimes. This I will discuss in the next post.
Email Post
Labels: bad cop centre Congress debate development and politics diversity DMK elections energy gameplay good cop India petrol politics protest politics regime regional parties state TMC UPA